How to Use KD Ratio Calculator

You can leave the assists empty if you'd like to just calculate your KD ratio.

If you would like to improve your score, enter your desired ratio. the calculator will inform you of how many kills are needed to reach the desired ratio.

You may also enter your average kills per game and deaths per game, with these values we can give a rough estimate of how many games it will take to get to your desired K/D ratio.

Your Kill/Death Ratio, often referred to as K/D ratio or KDR, is used to show how many kills a player has divided by deaths such as if a player has 15 kills and 5 deaths they have a K/D ratio of 3.

This means they have on average 3 kills before they died each time. If your Kill - death ratio is below 1, that means you have more deaths then kills overall and you have less then one kill per death. Your score is often used to reflect your skill in said game, the higher the score the more skilled you are in theory.

Many Popular games have this metric such as Call Of Duty, Battlefield and Counter-Strike to name a few. Generally, it is First Player Shooter games where this is relevant but some strategy games may also use it, such as displaying how well a certain unit you built/bought did.

KDA ratio (kill death assists) can also be calculated with this calculator, KDA is used in games such as League of Legends which is developed by Riot. KDA follows the same principle as KD ratio with your assists being taken into account as well. The formula our calculator uses for KDA is the same way League of legends calculates a users KDA.

There are various methods people use to improve their KD ratio. 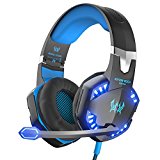 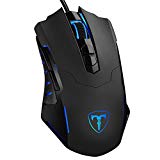 How to calculate your KD Ratio

Your KD is calculated by dividing the number of your kills and the number of times you died. An example is 5 kills / 5 deaths = KD ratio is 1.

How to calculate your KD in Fortnite

To calculate your K/D in Fortnite is a little different, it tells you how many kills but not deaths. Since Fortnite is one life per game, you use your number of games played - wins to get the number of deaths you've had.

How to calculate your KDA Ratio